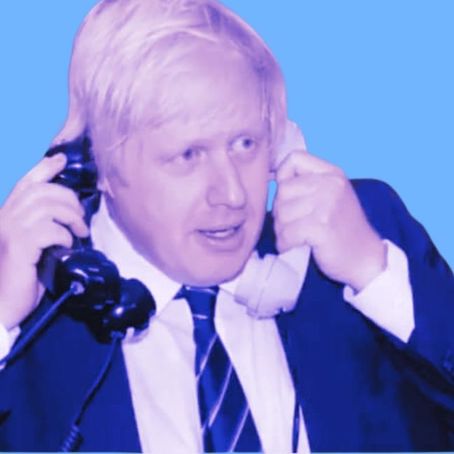 Back in the late 1990s government rows and corruption controversies were often born from suspicious dealings over a pint in dingy pubs near Westminster. Roll forward a quarter of a century and today's sleaze rows centre around Boris ”Two Phones” Johnson and his now ousted advisor, the self-confessed geek, Dominic Cummings. The problem is those phones: what’s on them and what has technology been used to hide?

Chat and messaging apps like WhatsApp and Signal allow messages to be sent and received using encryption. That keeps them safe, but it also allows people in public office to be influenced without oversight or scrutiny. We used to have tighter control of that – calls were witnessed and recorded, letters read and meetings in person either done with a civil servant present or quickly reported on. Corruption is probably everywhere and always has been, but is new technology making it worse?

We can’t really know for sure, and the only solution would be to ban people in public office from using those tools. But they are useful, indeed critical, to the pace of modern government, so what can be done?

Self’s upcoming messaging tools have the answer. For the user, it works like any other messaging app. It’s fully encrypted and, critically, it can only be used by people who have a verified account. That means there’s no way it could be used to receive anonymous messages, or more bluntly, no way for people to reach the Prime Minister who shouldn’t.

On top of that, Self has built tools for special users, like politicians and VIPs, who may both require extra protection and need the capability to have their social accounts run by trusted employees on their behalf. In the case of Boris, his messages could be copied to an encrypted store where they could be accessed by an inquiry or an auditor authorised by parliament to look into his communications. That process could be specific - allowing the messages with a particular hand-dryer mogul to be read, but not those between the Prime Minister and his kids.

Hansard might rightly argue that, in time, a prime minister’s messages should be public, just as Churchill’s letters are. Self could enable that too, and in this way, communications on matters of state by a serving prime minister could become part of the public record once again, as they should be. It’s an important part of our democracy.

We’re rolling Self out to a small, select number of users in a closed beta soon. If you’d like join, please sign up here to be invited: