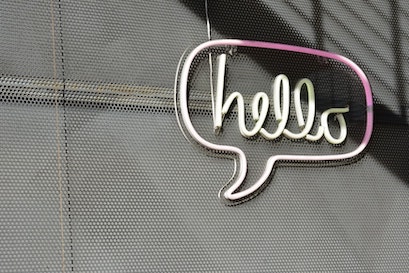 Another week, another roundup. This time, Rebecca looks at a couple articles discussing the negative effects of data intrusion and celebrates a brand new holiday!

WHAT’S THE VALUE OF DIGITAL TRUST?

This week the BBC reported on the residual cost of wellbeing for victims of fraud– £9.3 billion, according to consumer group Which?. “The research suggested scam victims faced a drop in life satisfaction, significantly higher levels of anxiety, and lower levels of happiness... This brings home the scale of the emotional and psychological harm that victims suffer when they are defrauded.” Having a close loved-one who fell prey to a scammer posing as HMRC, I know well how brutal the after-effects can be, and hope that through technology like Self, we can regain our trust as digital consumers.

DON’T FORGET YOUR LUNCH MONEY– OR THEY’LL SCAN YOUR FACE?

In a perfect example of “just because we can doesn’t mean we should,” nine schools in North Ayrshire, Scotland have begun using facial recognition to track student purchases in the canteen. While the schools claimed it was quicker and more covid-safe than other payment methods, privacy advocates have raised major concerns about privacy, especially considering consent is given by parents who may not have considered the consequences down the line for their child’s biometric data being stored. Silkie Carlile, director of Big Brother watch, said,

“This is highly sensitive, personal data that children should be taught to protect, not to give away on a whim. This biometrics company has refused to disclose who else children’s personal information could be shared with and there are some red flags here for us.”‍

AND A HAPPY BELATED ENCRYPTION DAY TO YOU AND YOURS‍

Thursday 21 October marked the first annual #EncryptionDay. End-to-end encryption is essential for private and secure messaging, and we will gladly shout it from the rooftops each day of the year, but it’s always nice to do things as a group isn’t it? We can only assume your chats were full of Encryption Day talk all weekend, but alas, we’ll never know because e2e encryption works!

We can’t wait to share Self Messaging with you in the coming weeks. Always end-to-end encrypted, for communications you can trust.