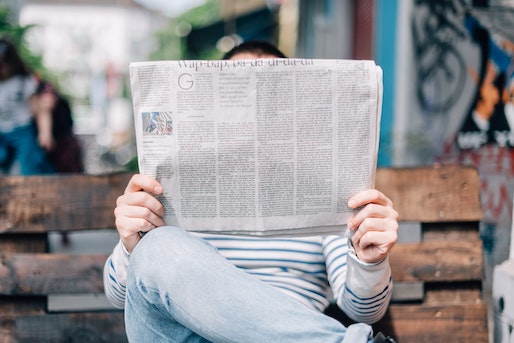 We’re back again with another round of data privacy reading for you! Read on for stories featuring England’s data guardian, deepfaked voices, and possibly too much information about Rebecca’s personalised Facebook ads.

DATA GUARDIAN OF THE GALAXY ENGLAND TAKES A STAND.

The Independent reports on England’s data guardian Dr. Nicola Byrnes and her resistance to Home Office legislation – ​in her first national interview, Byrne expressed serious concerns over plans which would require the NHS to share patient data with police, problematic for clinicians who have a specific duty of care and confidentiality with patients. She also warned against extensions of emergency powers regarding sharing of data to combat Covid-19, expressing:‍

“It’s very important the government proceeds with extreme caution with any broader sharing of data across government departments. We have got to make sure that no assumptions are made about the data landscape post-pandemic, that there is no compromise of the importance of privacy and confidentiality.”‍

Forbes reported this story about criminals who used an AI voice clone to defraud a bank in early 2020, initiating bank transfers of over 35 million. Voice cloning is becoming more widespread as AI tech makes it easier and cheaper than ever—unfortunately this goes for fraudsters, too. We took special notice of this story because one of the key features of our Self messaging app is its emphasis on trust – our promise that the person on the other end of the line is really who they say they are.‍

“Manipulating audio, which is easier to orchestrate than making deep fake videos, is only going to increase in volume and without the education and awareness of this new type of attack vector, along with better authentication methods, more businesses are likely to fall victim to very convincing conversations.”‍

In this Vice article, David Gilbert reports that Facebook is seeking to sidestep GDPR, arguing that customers have “already signed a contract with the company when they agreed to Facebook’s lengthy and convoluted terms and conditions.”  Typical for a company which has been harvesting user data at ever-increasing levels while expanding its reach over Instagram and WhatsApp, this behaviour is nonetheless a troubling development. Privacy activist Max Schrems stated,

“It is neither innovative nor smart to claim that an agreement is something that it is not to bypass the law,” Schrems said. “Since Roman times, the Courts have not accepted such ‘relabeling’ of agreements. You can't bypass drug laws by simply writing ‘white powder’ on a [receipt] when you clearly sell cocaine.”‍

And just what is Facebook selling us anyway? Well, whatever its millions of collected data points say we want. Which apparently for me is designer vegan deodorant I ALREADY BUY ON SUBSCRIPTION and grey cargo pants!? I give up.

Don’t forget – we’re launching a secure messaging platform in the coming weeks, and we want you to join us. For messaging you can trust, from people who never want to know what deodorant you use.