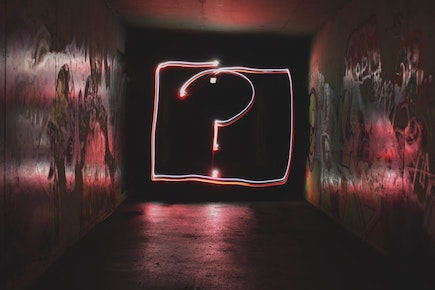 Last week brought us two stories about data breaches and a third about the potential danger of too much data being stored about consumers via their “smart” home appliances. Plus a 6+ hour global outage for three major social platforms that no one could have missed. Rebecca, our Social Media Manager at Self, offers a peek into what she’s been reading...

A COMPANY YOU’VE PROBABLY NEVER HEARD OF HAS BEEN HACKED FOR 5 YEARS, AND IT’S BAD NEWS.

This piece from Vice looks into the quiet admission that Syniverse, a company that plays a critical role in global telecommunications for companies like Vodafone, AT&T, Verizon, and China Mobile, has had hackers inside their system for years. Hackers had access to data from approximately 235 Syniverse clients, potentially exposing “metadata such as length and cost, caller and receiver's numbers, the location of the parties in the call, as well as the content of SMS text messages” for users world-wide.‍

"Syniverse has access to the communication of hundreds of millions, if not billions, of people around the world. A five-year breach of one of Syniverse's main systems is a global privacy disaster."

‍OH, AND TWITCH HAS BEEN BREACHED. LIKE, REALLY BREACHED. ‍

Streaming site Twitch,  which sees roughly 2.5 million people viewing streams at any given moment, has suffered a major data breach. According to reports, the leaked data allegedly includes the Amazon-owned streaming platform's source code, reports on creator payouts and details about an unreleased Steam competitor from Amazon Game Studios. While user login credentials and credit card information doesn’t seem to be part of this leak, it’s yet another wake up call that perhaps enormous companies (like Twitch’s parent company, Amazon) aren’t best-equipped to protect user data on a mass scale. Isn’t it better for companies not to store our data at all, especially if they can’t even protect their own IP?

‍In this Wired article, journalist Jack Needham examines Amazon’s new home robot, Astro, marketed to consumers as a convenience tool that can check if you left the oven on, or connect to your Ring doorbell to manage package deliveries. Though advertised as a way to keep your family and home safe, this data-collecting bot is a privacy nightmare in the making. Like many smart-devices or appliances that make up the Internet of Things, Astro has the potential to collect sensitive user data that would leave people hugely vulnerable if that data was to be hacked. And it’s becoming ever-clearer that when it comes to consumer data storage, most companies just haven’t taken the necessary precautions to prevent such a breach.  (Is there a maximum number of times you can say “breach” in one round up? I think we’ve reached it. Or should I say breached it? Okay, I’ll stop.) ‍

“Not a great deal is known about how the data collected by Amazon’s new products will aid it behind the scenes. But it will gather a lot of it, from voice notes and customer behaviours, to a full map of a user’s home and the faces of everyone who visits it.”

And in case you’ve been living under a rock (and if so, I envy you), maybe you didn’t hear about the massive network failure from everyone’s favourite media conglomerate, causing a 6-hour global outage of Facebook, Instagram, and WhatsApp last Monday. Blaming a system-error, Facebook apologised for the issue, but users worldwide had to face up to the reality that maybe it isn’t the best idea for one tech giant to hold such monopolistic control as to whether people can get in touch with each other or not? We won’t go into all the reasons people should forget about WhatsApp (or god forbid Facebook Messenger, which isn’t even end-to-end encrypted by default), but we hope this was as good a reminder as any!

By the way, have we mentioned lately that we’re launching a secure messaging platform in the coming weeks?