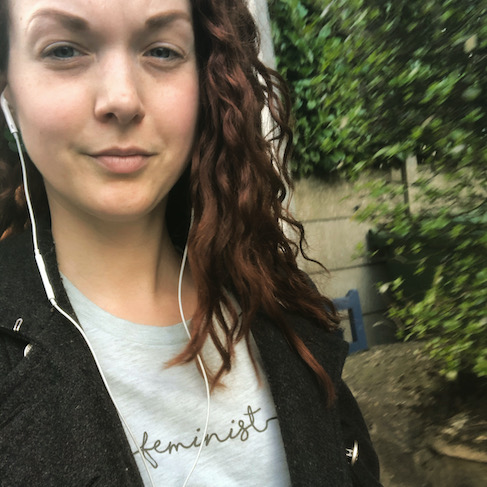 On International Women’s Day, hashtags emerged encouraging women to #ChooseToChallenge, imploring them to confront stereotypes, misogyny, and gender discrimination in the workplace and beyond. But it’s also clear that the onus to join this conversation needs to fall on more than just women’s shoulders. Particularly in male-dominated fields like tech, systemic change is essential, and long-overdue.

Data has shown that twice as many women leave tech jobs as men, and though it’s impossible to say why with any certainty, it’s clear that the male-dominated culture of tech companies often leaves women feeling isolated. Without a wealth of examples of female leadership in the field, or experienced women who might mentor and foster the next generation, female employees burn out and struggle to see a place for their progress in the future. Sexual harassment is pervasive in the workplace, regardless of industry, but particularly insidious if an employee is already feeling vulnerable as the lone woman on staff. If company cultures remain loyal to the (male) status quo and unwilling to face these issues head-on, it seems like nothing will change. And on top of all that, in this year of Covid-19 lockdowns, women have been the population most affected by unemployment as they’ve lost, or had to leave, jobs because they are often the ones responsible for childcare and other unpaid care work in the home.

I recently began working here at Self – my first time working in this field – and I’m currently the only female on staff. I know this position is not unique among #WomenInTech, but it made me think… perhaps recruitment is the first step.

In a world in which we can solve almost any problem with technology, why aren’t we looking more closely at the hurdles of recruitment and the ways in which unconscious bias can affect hiring? It’s been proven time and again that gender and race are hugely decisive when it comes to who gets a job, even from companies that purport to be (and in many ways are) forward-thinking, diverse workplaces. Without being aware of it, people reading through CVs are making small judgments about applicants’ names. In the interviews themselves, they’re making unconscious judgments about the candidate’s appearance, all the while insisting they are acting unbiased and just choosing “the right person for the job.” But what if companies could recruit knowing the candidate’s relevant information--their experience, their education and training, their references-- and nothing else? By sharing just the right amount of verified data, a candidate would have the opportunity to be seen beyond their race or gender and a truly equitable workforce could emerge.

What can we do?

Self is looking for recruitment companies and HR teams to work with us on breaking down the structural barriers to equality of opportunity that are at the root of so many of the problems faced by women and every other marginalised group. We’re working to create a new normal for hiring that is based on a potent combination of anonymity and trust, building foundations that could pave the way for true equality. We want employers to judge based on skills and be judged on their behaviour as an employer. Working together we hope such a solution may be less far off than it seems.

As has become often brutally clear, the gender pay gap and inequality in hiring are just two of the many issues facing working women... and among the multitude that require us to celebrate International Women’s Month in the first place. But until these, and the myriad other problems we encounter each day, can be truly acknowledged and solved, we’ll see you every March and do the best we can for ourselves and each other in the time between.